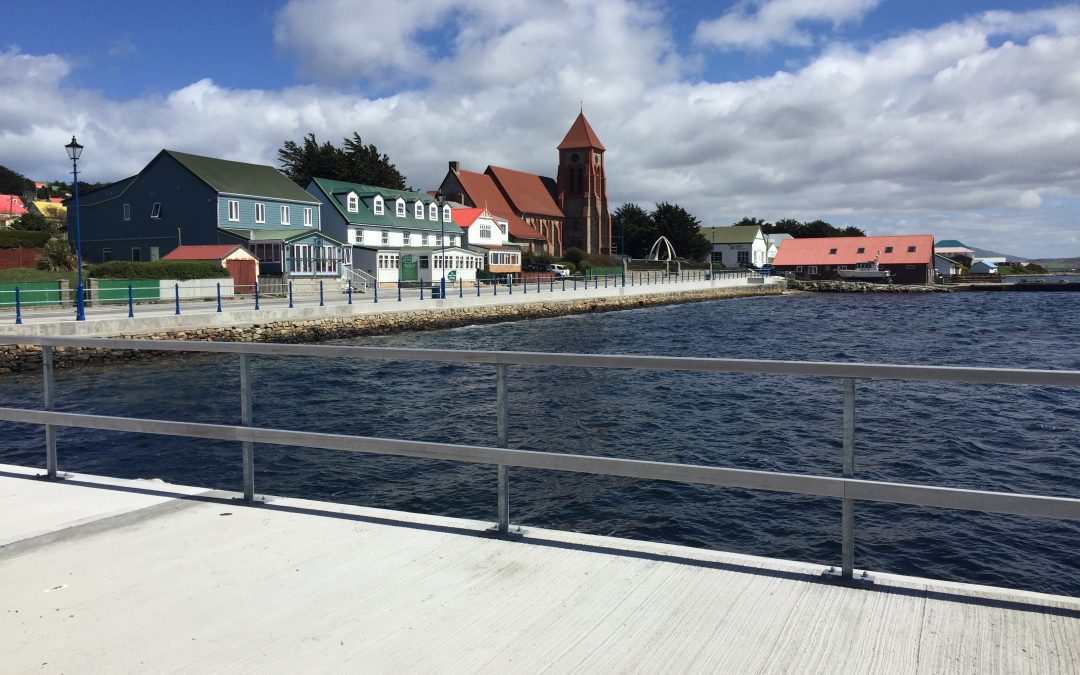 “This is part of a bigger initiative running in the Falkland Islands called ‘Know What’s Right’. As a tight knit community we want to give people the encouragement to speak up if they themselves need help, or if they think there is a problem within their own immediate circle.

I’m delighted we have been able to secure Certain Curtain Theatre for this invaluable work. Their track record, expertise and reputation made them an excellent choice.”

Certain Curtain flew out to the Islands to deliver four performances of LADY IN RED. The play includes an after-show discussion to explore the wider issues, with support services on hand to offer advice and information.

“Domestic violence is a global problem. 1 in 3 women worldwide have experienced either physical and/or sexual intimate partner violence. Yet, we know it is grossly under-reported. Theatre is a great way to raise awareness and understanding.” says John Woudberg, writer and director. LADY IN RED explores one woman’s attempts to leave an abusive relationship. It helps audiences understand how difficult it can be to escape domestic abuse.”

“As part of the deal we filmed a short scene which means we can reach the more rural parts of the community via television.

We are over the moon to have been chosen. It’s the first time that this type of theatre has been performed on the Islands. We have toured the UK regularly and performed in Europe before, but this is the farthest we have travelled. It was wonderful to see the beautiful wildlife and even a couple of penguins too!”

We use cookies on our website to give you the most relevant experience by remembering your preferences and repeat visits. By clicking “Accept All”, you consent to the use of ALL the cookies. However, you may visit "Cookie Settings" to provide a controlled consent.
Cookie SettingsAccept All
Manage consent

This website uses cookies to improve your experience while you navigate through the website. Out of these, the cookies that are categorized as necessary are stored on your browser as they are essential for the working of basic functionalities of the website. We also use third-party cookies that help us analyze and understand how you use this website. These cookies will be stored in your browser only with your consent. You also have the option to opt-out of these cookies. But opting out of some of these cookies may affect your browsing experience.
Necessary Always Enabled

Performance cookies are used to understand and analyze the key performance indexes of the website which helps in delivering a better user experience for the visitors.

Analytical cookies are used to understand how visitors interact with the website. These cookies help provide information on metrics the number of visitors, bounce rate, traffic source, etc.

Advertisement cookies are used to provide visitors with relevant ads and marketing campaigns. These cookies track visitors across websites and collect information to provide customized ads.

Other uncategorized cookies are those that are being analyzed and have not been classified into a category as yet.